We are here to provide you and your family with the best youth soccer experience possible! We are proud to bring you a group of highly accomplished coaches and administrators. Read the bios below to learn more about your coach and other leaders in our community. 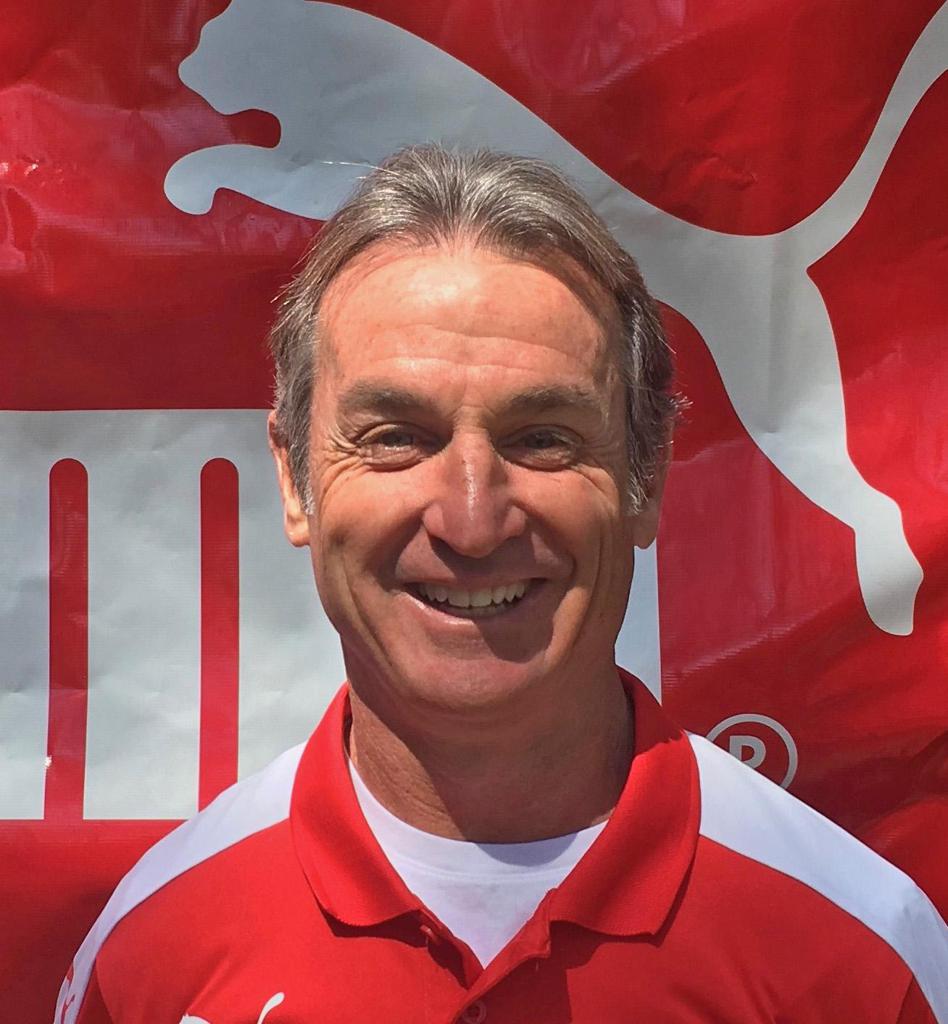 Steve grew up in the Atlanta-area and attended Forest Park High School in Clayton County. After high school, he enrolled at Armstrong State College where he was selected to the All Big South Conference team as a sophomore.  He transferred to Georgia State University and played for the Panthers helping them win two Trans America Athletic Conference Championships (Atlantic Sun Conference) in 1986 and 1987. Steve went on to play professionally in the USISL, the NPSL, the A-League, and the EISL.  Steve holds a USSF 'A' License and NSCAA Premier Diploma and was a former assistant coach at Georgia State University and Lagrange College, as well as, the head coach for the Atlanta Silverbacks U23 PDL team. 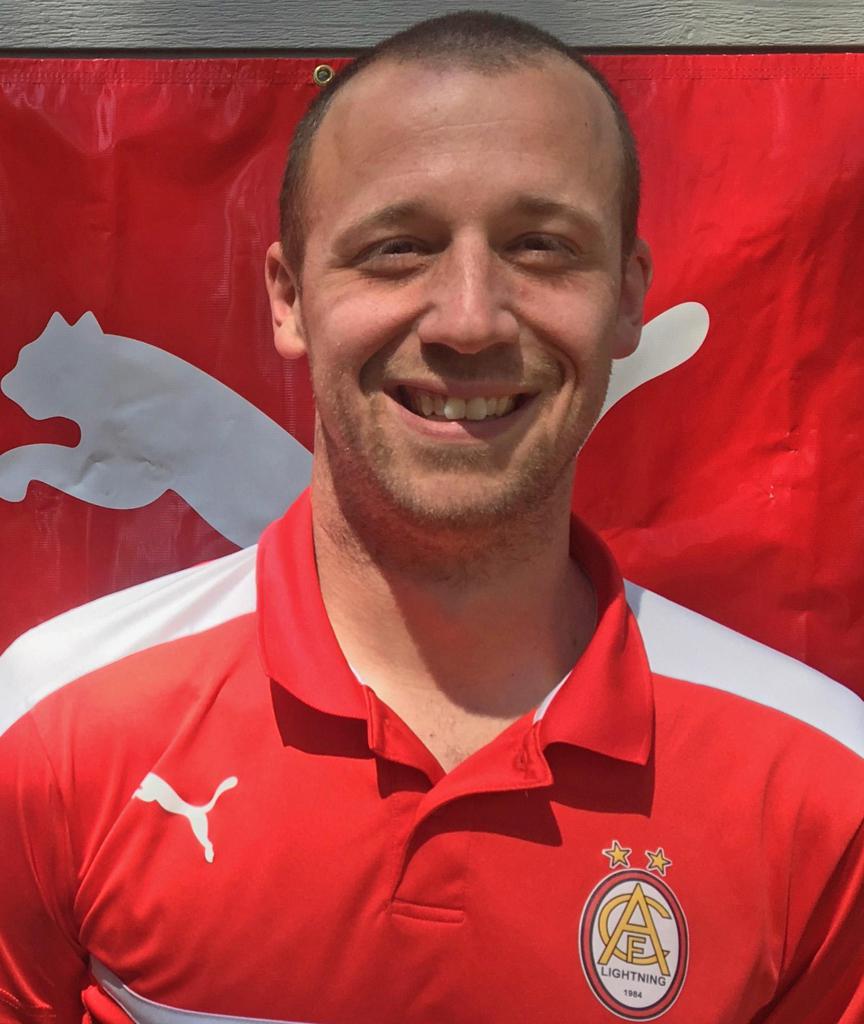 Christian, an Atlanta native, comes to AFC Lightning from North Mississippi Soccer Academy, the product of a merger between Tupelo Fútbol Club and Oxford Soccer Club where he served as a Technical Director.  Prior to the merger of these organizations, Christian was the Director of Coaching for two years at Tupelo Fútbol Club, located in Tupelo, MS.  Further, he has been an Assistant Director of Coaching at Roanoke Star Soccer Club in Virginia and prior to that an Academy Director at Thunder Soccer Club in Henry County.

As a player, Christian played for Georgia Southwestern State University in Americus, GA where he was a four-year starter and was named to the National Soccer Coaches Association of America Scholar All-South Region Second Team.  He graduated in 2009 with a B.S. in Psychology and graduated in 2012 with a Master of Science degree from Georgia State University. 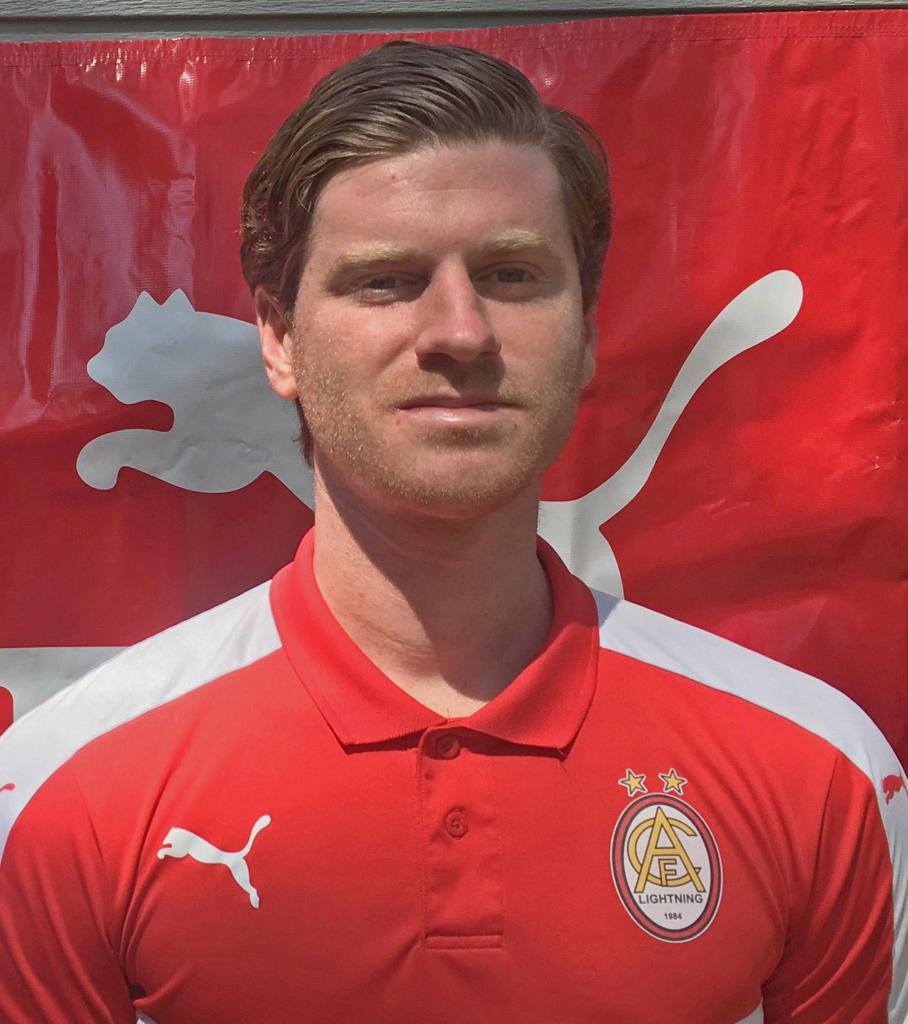 Jon hails from Memphis, Tennessee and played at Lincoln Memorial University leading them to final four appearances, and one NCAA runners up.  Following graduation, he served as LMU Assistant coach. After college Jon spent time in the USL Premier Development League and played for the Memphis Express, Indiana Invaders, Vermont Voltage, and four years with the Cincinnati Kings PDL team.  He also served as the team’s assistant, coaching players from various college programs including Indiana University, Santa Barbara (CA), Kentucky, Louisville, NKU, Xavier, and the University of Cincinnati, as well as players who went on to become professionals (Steven Beattie, Paul Andrews, Luke Spencer, Stephen Williams).  Jon has also played two years for the Cincinnati Kings professional indoor team and was part of the team that made the Open Cup final in 2011.

Jon also spent time as an assistant coach for the men’s and women’s soccer programs at the College of Mount St. Joseph and helped lead the women’s program to the conference tournament semi-finals. On the club side, Jon worked with Kings Hammer Academy as their u7-u9 Director of Coaching, as well as coaching various teams in the OSSL and MRL divisions in Ohio. Recognized by United Soccer Coaches as the 2017 East Region Youth Boys Coach of the Year, Jon holds his NSCAA “Premier” Diploma, the highest coaching license within the NSCAA coaching education program, and the USSF National C License. He also has a degree in Kinesiology and a Master’s in Education- Administration and Supervision from Lincoln Memorial University. 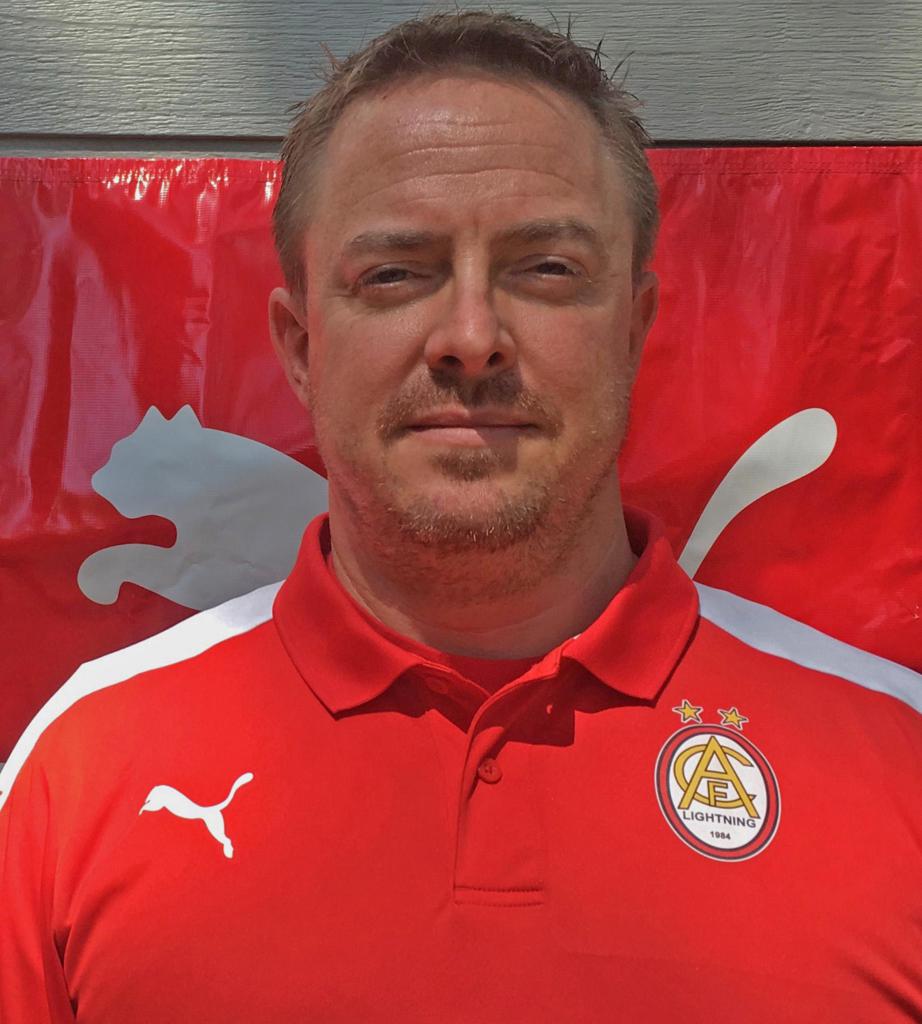 A native of Northern Kentucky, Jeff is a USSF 'C' License coach that has an extensive background in teaching and coaching children.  Jeff is a 12 year veteran teaching middle grades education.  Jeff has his Master’s Degree in Education in Sport Administration from Xavier University as well as his Bachelor’s Degree in Education grades K-12 from Northern Kentucky University with an emphasis in Physical Education and Health Education.

Jeff has coached at all levels throughout his 20+ year coaching career.  Jeff has served as an ODP coach for Ohio South and Kentucky taking teams from both State Associations to the ODP Region 2 camps.  Prior coming to AFC Lighting, Jeff fulfilled responsibilities as head coach as well has lead trainer for the U8-U12 teams at his previous club, KHA in Northern Kentucky.  Jeff has coached teams that have competed in the Midwest Region League, Super Y League, Buckeye Premier League and State Leagues in Ohio and Kentucky.

Jeff has been an Associate Director of Roby Stahl’s Striker Schools Nationwide, Elite Players training centers and in very active in the National Soccer Coaches Association of America.  A student of the game, Jeff has traveled in Europe attending various coaching schools and is currently planning future trips domestically and abroad to work directly with clubs to further enhance his education.

Jeff’s role as Academy Director is to continually refine and implement training methods that the players and coaching staff will see the most development from.  Jeff is also responsible for designing appropriate age group curriculums. 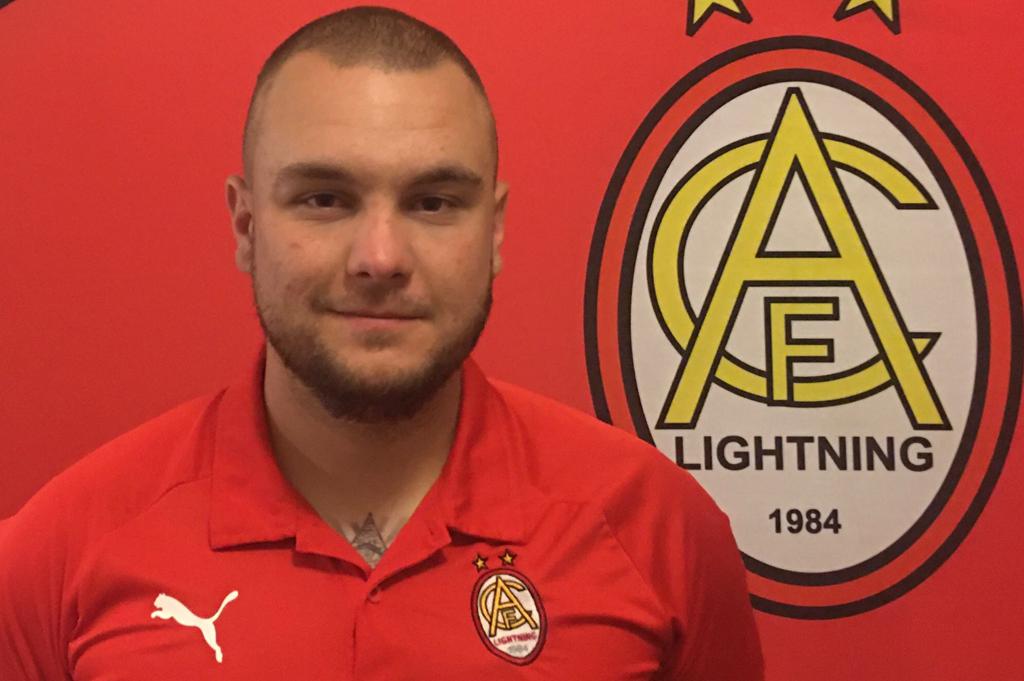 Brian, a native of Atlanta, joins AFC Lightning from Tucker Youth Soccer Association (TYSA), where he worked for five years.

Brian served primarily as the Pre-Academy Director during his tenure at TYSA.  He was also TYSA's interim Director of Coaching for one year.  Brian worked for six years with the U.S. Soccer Foundation, the charitable arm of the United States Soccer Federation, where he worked as a Soccer For Success coach/mentor and Director of Coaching.  In his time with Soccer For Success, the flagship program of the U.S. Soccer Foundation, Brian partnered with the Boys and Girls Clubs of Metro Atlanta, provided programming for underserved communities, and grew the program's footprint by 100%.

Additionally, Brian has coached in the Super Y League for both Rockdale Youth Soccer Association (RYSA) and AFC Lightning.  He grew up playing youth soccer at TYSA, Concorde Fire, and Atlanta Silverbacks. 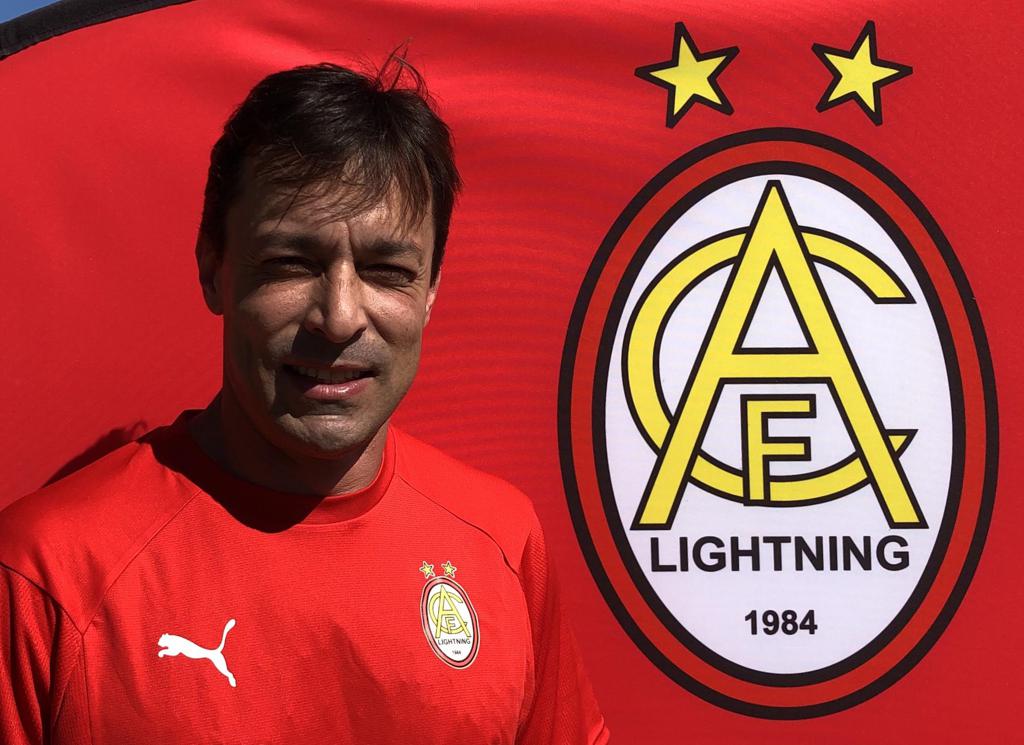 Adriano joined the Lincoln Memorial University (LMU) coaching staff in 2007 and was able to provide the men's and women's programs with substantial soccer knowledge, quality leadership and a work ethic that is second to none.  During his time at LMU, Adriano recruited and coached successful student-athletes and helped the program to make important achievements such as NCAA DII National Championship Game, NCAA DII National Tournament Appearances, South Atlantic Conference titles and appearances, achieve a #1 ranking, consecutive ranked top programs in the nation and region, and successive NCAA DII Team Academy Awards.

Simultaneously while coaching at LMU, Adriano was heavily involved with the Tennessee Soccer ODP Program.

Born in Brazil, Adriano joined Sao Jose dos Campos Academy at 14, where he competed in Regional, National and International Championships and Tournaments. Adriano was considered one of the top young player of his age group in his State. His potential became reality by the age of 17 when he joined the professional team and had the opportunity to compete in the Brazilian Professional Soccer League and faced well-known club teams as Sao Paulo, Corinthians, Santos and Palmeiras.

Adriano holds the United Soccer Coaches Premier Diploma and has a Master’s Degree in Education. 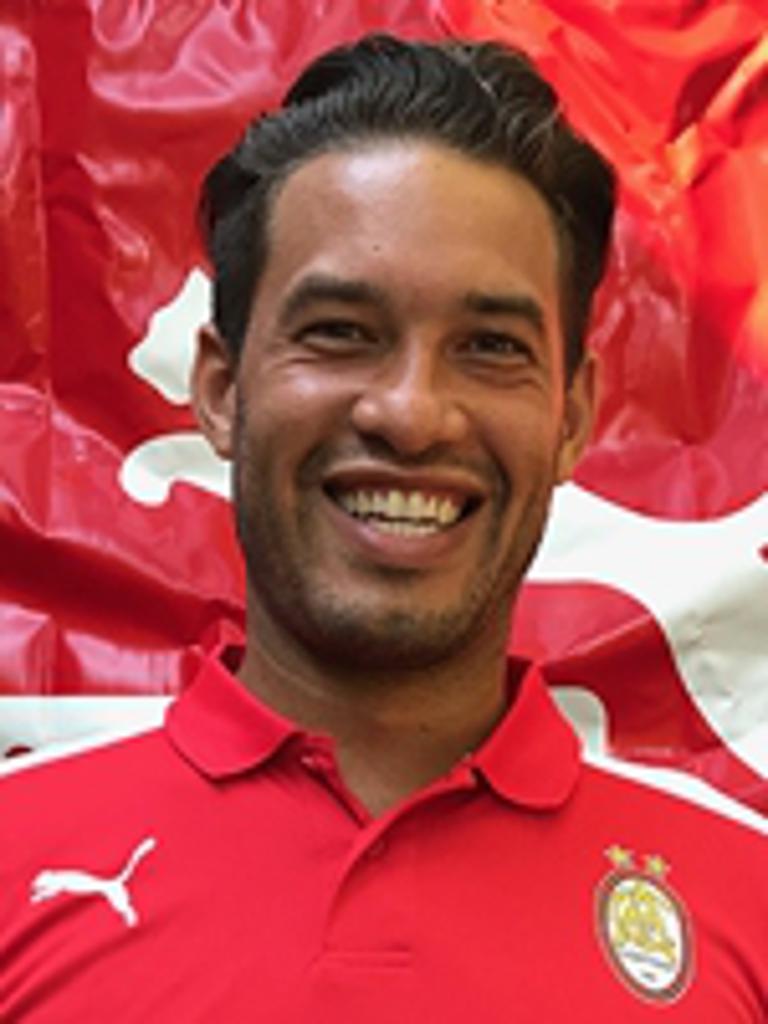 Fabian was born in New York and spent some of his childhood in Pennsylvania before moving to Georgia in 1997.  He graduated from Eagle’s Landing High School and attended Georgia Southern University and Clayton State University.  After college, Fabian began coaching for various teams at Thunder Soccer Club (TSC), while mentoring under Jason Woodall, Ricky Wolff, and Michael Lynch.  He also held the position of U8 Academy of Excellence Director during his time at TSC.  Fabian moved to Fayetteville in early 2015 and began coaching for Concorde Fire.  In 2017, he was promoted to Director of the South Program at Concorde Fire.

Fabian found a new home at AFC Lightning in 2018 and has successfully worked as the club's tournament director as the events with which he is charged have grown in both quality and quantity.  He currently holds the USSF B license as well as several other coaching qualifications including USSF Grassroots License and NSCAA Goalkeeping Level I and II Diplomas.

Fabian has significant experience with college ID camps as well as various soccer clinics in the Atlanta area and he also coaches for AFC Lightning's SCCL Summer league program.

Fabian is passionate about coaching, developing, and promoting youth soccer in his community.